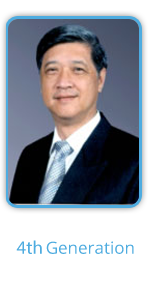 Sifu Rock Kwok Tai  Ng began studying Gong Yi Taijiquan with his teacher  Gong Yi (third generation of the Wu lineage) at the age of 7 years old. He was raised along the side of the Wu family and took part in a lot of their history he was at the 1954 fight between Chan Hak Fu and Wu Gong Yi. Part of the training agreement was that he was to go to medical school in order to discover how our internal system worked. He also had to agree not to begin to teach until he reached the age of sixty.  Having agreed to these conditions, Sifu Rock was given all the knowledge Wu Gong Yi had. After attending medical school Sifu has put a lot of his knowledge on paper and categorized the methods of learning the material. His ability to pass along what he knows about the 13 stances (Disciplines) is both amazing and magical although he does not seem that way. Today Sifu is teaching his Gong Yi Taijiquan to a small number of people throughout the world with the advancement of technology I have been one of those chosen and very proud to be selected.